"Arch" Enemies Take to the Court 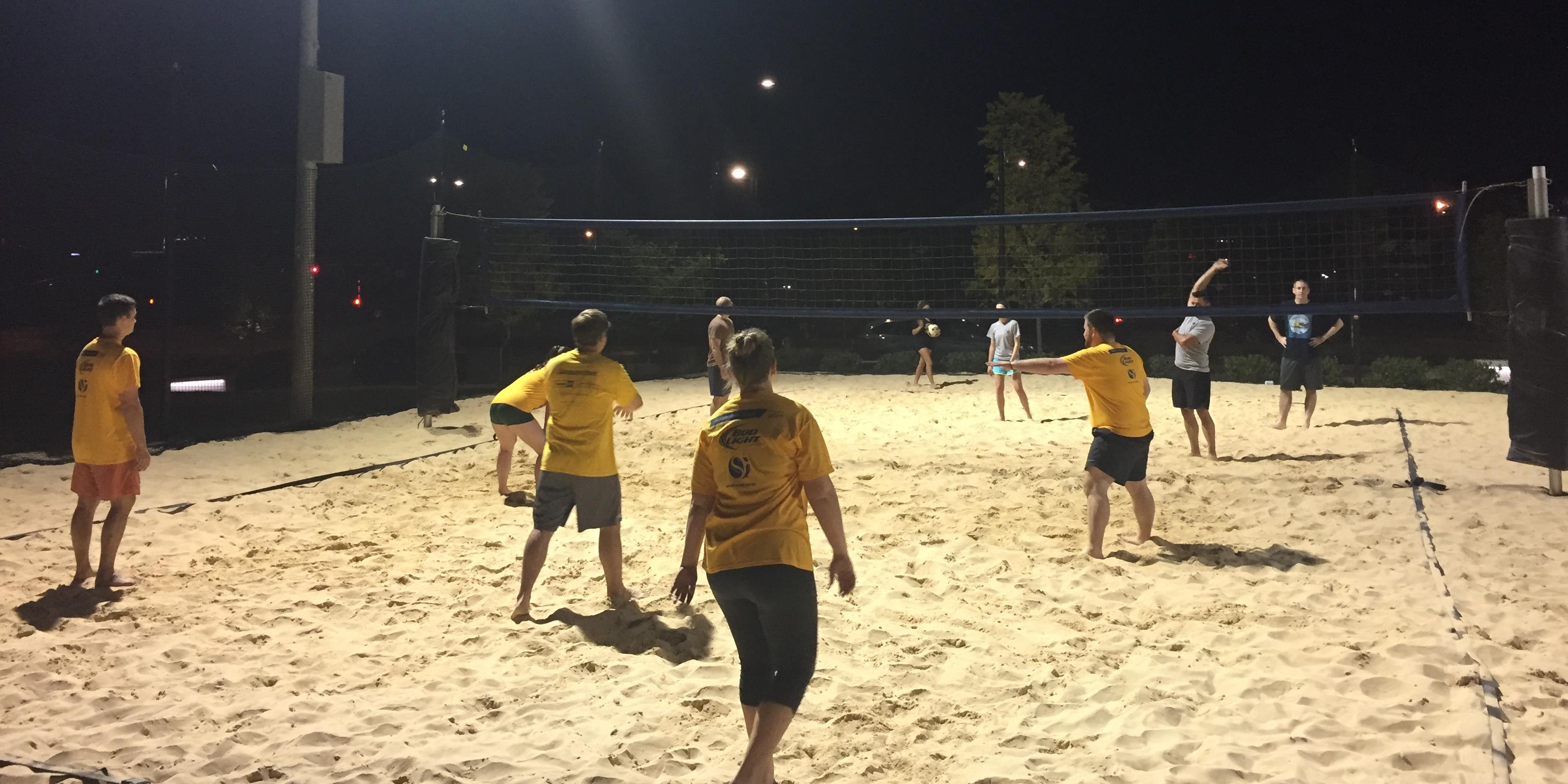 We are truly a group of well-rounded invdividuals at JJCA and we know that the team that plays together stays together. Led by captain Rachel McKinley, our new volleyball team dubbed the "Arch" Enemies (that's prounounced with a hard "k", BTW) is actually about as friendly as they come, often engaging other players and occasionally the referee! But that doesn't mean we aren't competitive. In fact, just two weeks shy of the playoffs, we are in second place in our league. We hope to BUMP off our opponents and KILL in the tournament!

This is a great social opportunity for our team, which consists largely of newer JJCA folks including Brian, Travis, Stefan, Asher, Shahrooz, Morgan, Meredith (who played club volleyball at UT), Halie, Rachel, and our oldest and tallest member, David Brown. (David - we just mean you've been at JJCA a long time - you aren't old, you are youthful. Really!)

Score a point if you knew that the original name for the game of volleyball was mintonette!