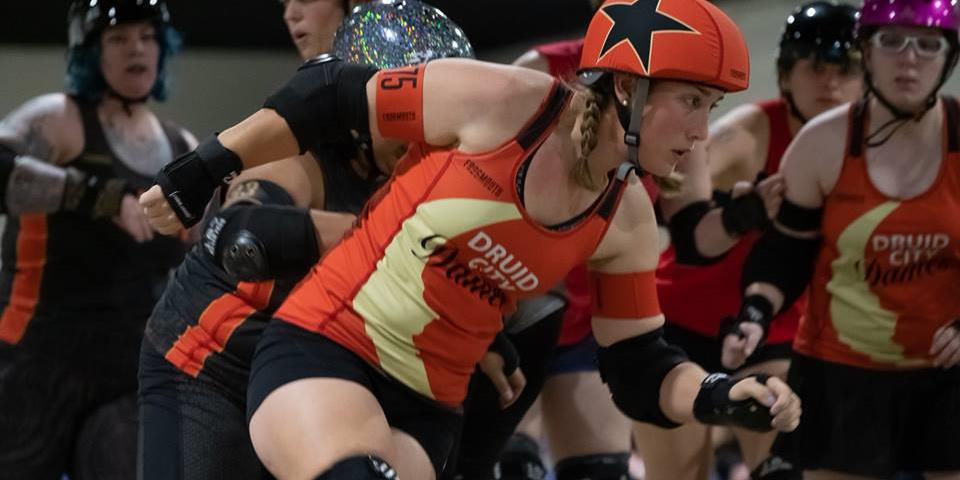 We have two Davids. We have two Julies. And now we have two Jennys. At least our newest hire is Jenny-with-a-y Lomas, not to be confused with our intern, Jennie-with-an-ie....

Jenny, born and raised in Huntsville, Alabama, received a bachelor's degree in architecture with a minor in environmental design from Auburn University in 2017. She worked on the Faunsdale Community Center project at Rural Studio before making her way to JJCA.

We love people with interesting hobbies and Jenny may just be peaking the meter on this one: she plays roller derby. Architect by day, and hopefully soon, Nashville Rollergirl by night. Now that's some serious stress relief. Along with crafting and television binge watching, she also loves playing with other people's dogs - so send your pup to Jenny for a playdate!

Jenny says she was attracted to the small firm atmosphere at JJCA, and most definitely by the people. Smart girl! Really - very smart girl. She says if she hadn't become an architect, she might have followed in her dad's aerospace engineering footsteps. So we can claim an almost rocket-scientist in our midst!

When we asked what super power she thought would most help her in doing her job at JJCA, she said "absorbing powers" to be able to gain other people's knowledge and wisdom - as well as any cool super powers they had. Flattery will get you everywhere, Jenny! We're sure we can learn a lot from you as well.