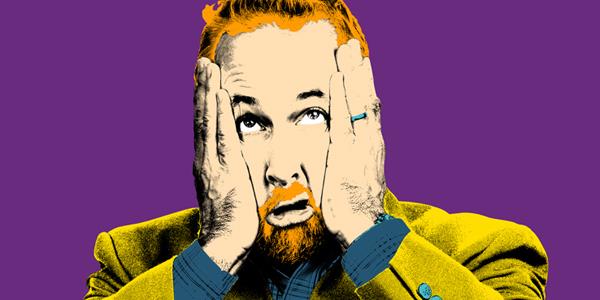 A lot can happen in 20 years. Very few people these days can say they've worked for the same company that long. Jason Putnal was married to Holly and had two daughters, a seven and a five-year old, when he started at JJCA in the year 2000. Now he has three daughters ages 27, 25, and 17 (Kylie, Autumn, and Ella). And he has hundreds of healthcare projects in dozens of different states on his growing resume. But let's dig a little deeper...

Steadfast and reliable - that's how most everyone would describe Jason. So imagine David Brown's surprise when Jason didn't respond to his email to schedule an annual review in 2019. A more pointed email from David followed, with some good-natured ribbing about the non-respondents being "outside the circle of trust".  The ever-reliable Jason was shocked that he could have let David's email go unanswered! As it turns out, Jason had been inadvertently left off the distribution list but the die was cast for an epic circle of trust game of cat and mouse that started with Jason's review. On the board, David had drawn a large circle on the marker board and as Jason entered his review, David asked him to "locate himself" in reference to the trust circle. Placing himself FAR outside of the circle, Jason had thrown down the gauntlet for what turned out to be a year of pranks and one-upmanship, like David parking his huge Suburban, a.k.a., Black Pearl, so close to Jason's truck that the side mirror blocked access to the driver side door. No biggie, as Jason just climbed through on the passenger side. Not to be outdone, however, Jason returned the favor with a "double block" of both driver and passenger doors, leaving David no access to the Black Pearl! It was no surprise then that the antics culminated in Jason's "outside the circle" design for entry into the annual ornament contest.

Choosing where to work is a big decision - and at 6'8", David Brown made a big impression on Jason when he interviewed back in 2000 with him at a career fair at Auburn, both in his stature and what he had to say about JJCA. But in the flurry of interviews Jason had at firms in a number of different cities, including with JJCA in Nashville, it was hard to keep all the other names and faces in mind. And just who was it he forgot that he had interviewed with at JJCA? David Johnson - to whom he promptly introduced himself on his first day in July 2000. We're pretty sure Jason has redeemed himself many times over but that made for a long first day!

Jason is always present for the team, always kind and driven - a deep river of action and progress. Tim Morgan describes Jason as relentlessly optimistic, never getting frustrated, and completely imperturbable, except, Tim says, when the Chicago Cubs bullpen is giving up runs in the late innings.

Jason's superhero talents? He makes alligator noises (extra credit if you already know what an alligator sounds like!) He works 32 hours a day (via some sort of Hermione Granger time turner) and, a true workout enthusiast, he has been doing P90X, a 90 day fitness program, for 12 years now. Jason is also extremely talented in woodworking - you can find some of his handiwork around the JJCA office.

Oh - and yes, Jason is very much IN the circle of trust at JJCA!