Sticking to her Knitting for 20 Years 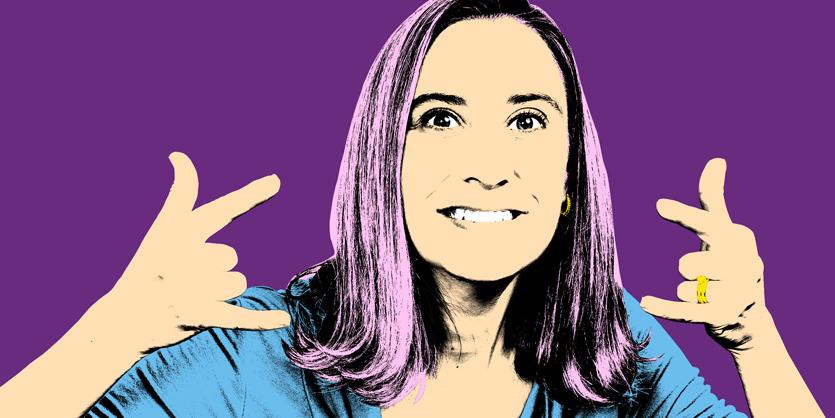 The collective feedback on Stephanie Pielich is that she is brilliant, efficient and always on the move. It seems she has known what she wanted since day one (which, at JJCA, was in June 2000). She will find a way to get where she needs to be and bring you along with her even if she has to drag you. Consultants stand in awe of her organization and ability to keep multiple plates spinning. Always learning and trying to do better, Stephanie often wonders out loud why people can't keep up, but she never complains.

And it's not just work that has her moving - Stephanie and her family have really gotten into escape rooms and solving mystery boxes lately. She also loves hiking, canoeing, and anything that gets her into the woods. And then there's knitting. Stephanie can knit one and pearl two so fast it will make your head spin. We imagine husband Brett, daughter Isabel and son Ethan all stay super warm in the winter!

While Stephanie is pretty focused and often "sticks to her knitting," she's a team player in any situation, like that time in the Everglades... Stephanie, the contractor, project manager, hospital representative, owner’s representative and project superintendent for North Tampa Behavioral Health headed out to dinner at a Tiki bar, only to find out it was karaoke night. With very few patrons in the restaurant, Stephanie's group was heavily recruited. Despite having spent many years in Nashville, Stephanie (and several others) weren't familiar with the country song they sang that night, but even if the words don't come back to her now, the memory is there for good!

Tim Morgan (another member of the 20+ year JJCA club) recalls the car Stephanie had when she started working at JJCA: a grey-colored Dodge Omni that had been painted with a roller. We're sure she hated to see that go.

If there is one thing Stephanie didn't realize early on, it was the depth of opportunity and experience she was getting at JJCA. Since she started right out of college at UT Knoxville, she couldn't make a comparison to previous employers. But once she began comparing her knowledge level and experiences to those of her peers, she recognized how superior the support and opportunity were at JJCA. According to Stephanie, JJCA provides much more than a job. It's a place to build a career and enjoy doing what you love with others who enjoy the same.

And who knew 20 years ago that there would be so many JJCA traditions? Stephanie's favorite is the Christmas ornament presentation. It's an opportunity for each team member to pick one thing that happened during the year and create an ornament - and a story - to share. Stephanie says it's more about getting to know your team members than competing for the fun prizes that are awarded each year, though she admits that may be because she doesn't recall ever winning one.

We bet if you knit that ornament Stephanie, you'll be a winner for sure!