Everything We Know Started in David's Kindergarten Class 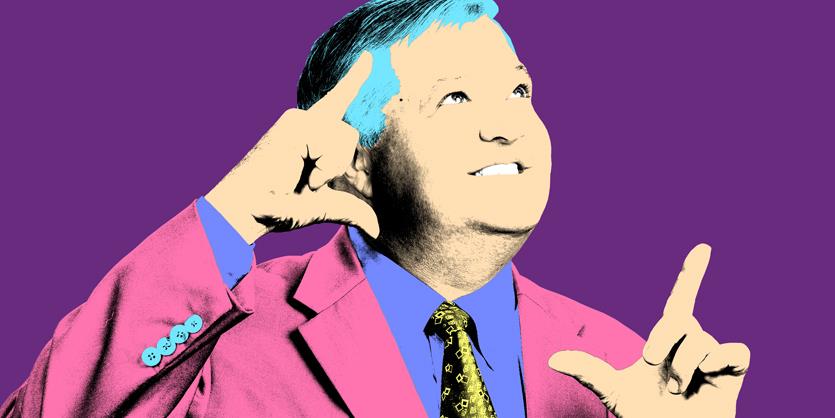 30 years. It's the diamond anniversary, which represents durability and strength. As it should. Sustaining anything for three decades takes real commitment. But you need only to hear a couple of stories from David Johnson's childhood to understand that JJCA, turning 30 years old this month, was destiny.

Just picture it: David surrounded by his fellow kindergartners, concentrating hard on the assignment to do a drawing of his house. I mean we all did those, right? A box, a triangle for a roof, a door - either large enough for King Kong to fit through, or so small the cat couldn't have squeezed in. Sometimes, for the more creative, a chimney with smoke was added.  Slight variations on the childlike theme abounded as you looked around the room at the finished products from David's classmates. Until you landed on David's drawing, that is.  It was a floorplan.  David had drawn a FLOORPLAN of his house!

Anyone who has spent more than 10 minutes with David is laughing but not surprised. After all, architecture is in the Johnson family's blood. David, his father Ed, and the "C" of JJCA - Bruce Crabtree - had worked together at a larger architect firm when they determined that starting a smaller firm would allow them to put more focus on the work and less on some of the bureaucracy that comes in a larger organization.  David, Ed, Bruce and David's sister, Julie Carpenter, were employees number 1, 2, 3 and 4 at JJCA but both Julie and her mother Lucy were pitching in even before they became official employees. Julie began proactively informing new employees about the actual family connections soon after a newly-hired Michael Speck heard her giving Ed Johnson a fair amount of lip about not turning in his timesheet. It was just good-natured ribbing when you understood the father-daughter connection but Michael was initially aghast! Julie, who recently hit a milestone birthday, realizes she's now been at JJCA for half of her life! Lucy volunteered her services early on but more formally came aboard in 2003 and only retired when COVID-19 hit in 2020.

Well, the inevitability of David's future didn't end with the kindergarten story. (Sorry David, just consider all of this a bit of a roast in your honor...) It was becoming clear by 5th grade that David wasn't going to be just any architect, he was going to become a program management aficionado.  We take you back now to David's Sunday School class.  Asked to draw something that depicted the lesson they'd just heard, the rest of the rowdy 5th graders grabbed up a marker from the pile and, as 5th graders would do, drew what was likely a monochromatic version of their subject - because who has the attention span to make it more realistic at that age?  Now the camera pans to David: obviously in deep thought for a few minutes. Only after careful consideration, David selects and lines up a whole set of markers in preparation for drawing what was undoubtedly a full-color and accurate representation of an ark, or whatever the subject actually was. To this day, David takes on every task with that same planful mindset of first thinking through the problem and, only then, lining up the right tools to provide a well-crafted solution.

Julie says her brother David clearly inherited his grandfather's handyman skills, as he is simply able to figure out how to make things work. Their grandfather had a large farm in Missouri when they were growing up where she and David spent time. David has saved and restored quite a bit of the old equipment and farm implements. These items may very well symbolize for David the work ethic that he has instilled at JJCA.

Yes - it is a family business but an extended family that has grown through its "adoptions" of like-minded, hard-working colleagues, like employee #12, David Brown, who celebrated 25 years in 2020, and Michael Speck who will celebrate 25 years in 2022. Tim Morgan, Steven Reutter, Jason Putnal and Stephanie Pielich have all surpassed the 20-year mark.

We asked David to reflect for a moment on what he would tell his younger David self from 30 years ago about being in business this long. "Every business will encounter difficulties along the way so make sure you are doing something you really love.  Adversity can test your core values. Simply put, always do the right thing, no matter the cost, so that when you put your head on your pillow at night, you can go to sleep."

Sweet dreams David and thank you for leading by example!