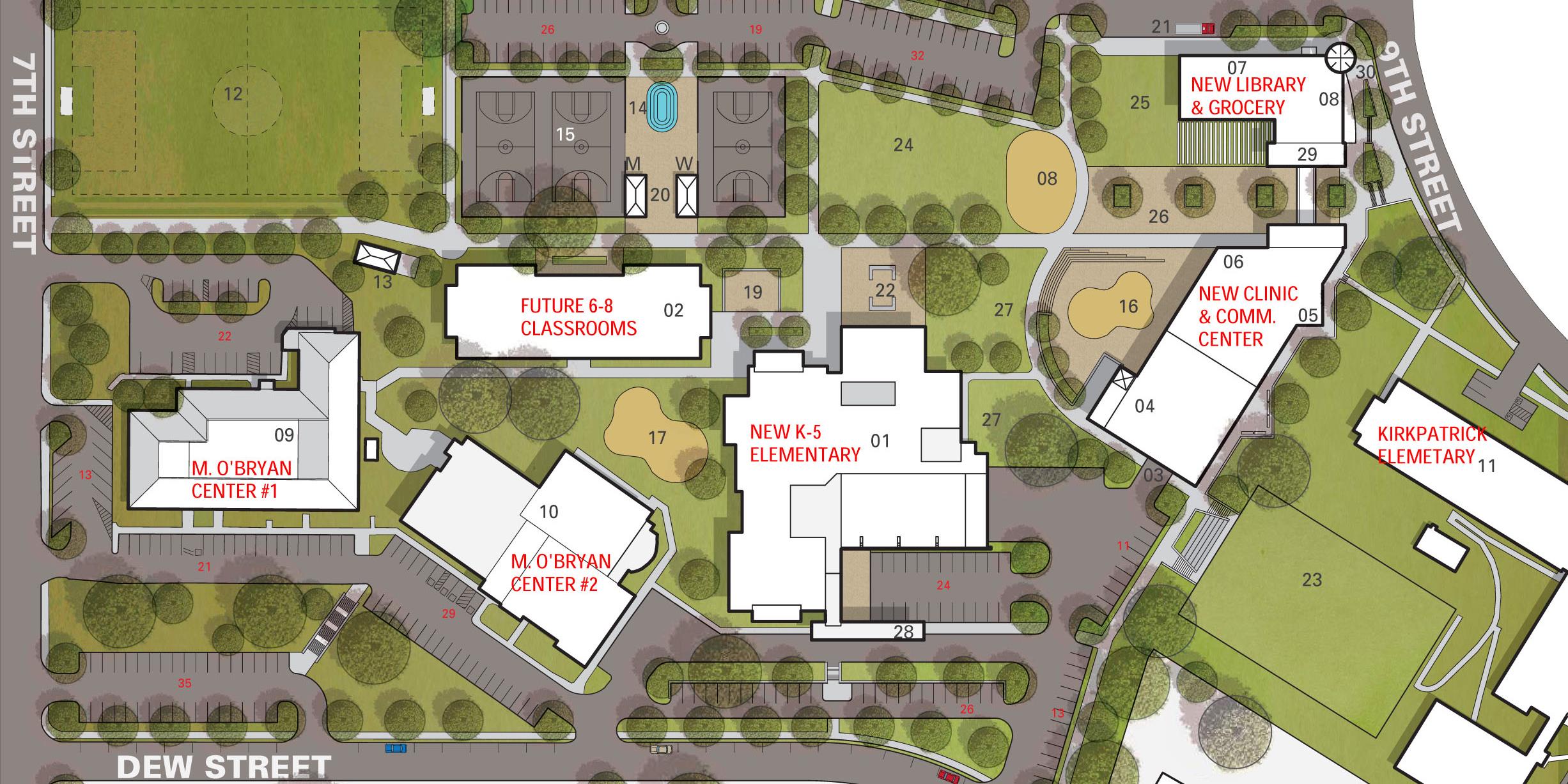 While much of our work takes us out of town, out of state and sometimes even out of the country, we are also involved in some very impactful projects right here in our own rapidly growing city of Nashville. It's great to be a part of the excitement that comes from living in a city that is attracting literally hundreds of new residents on a weekly basis. But we're also experiencing some of the growing pains that can come with being a community where everyone wants to live. The most noticeable of these may be traffic - any visitor to our fair city has probably experienced this. A more insidious issue is a reduction in affordable housing, particularly within the city limits, where thousands of high-rise and high-priced apartments have been and are being built. That's why our work in partnership with Kimley Horn on a project that will revitalize and expand affordable housing opportunities just east of downtown Nashville, is so important to us.

Discussions about revitalizing and expanding Cayce Housing, Nashville's largest low-income housing development, into a mixed-use, mixed-income community, have been underway for a number of years. In 2013, these discussions culminated in a $600+ million project called Envision Cayce that would create a 63-acre development to replace existing low-income housing, add workforce and market rate housing and new retail opportunities, and connect it all with an 11-acre linear park. Realizing the park would be the project's visual connection to downtown, and that it would contain important infrastructure necessary for the expanded community's vitality, Metro Development and Housing Agency (MDHA) retained Kimley Horn and JJCA to more fully explore this critical interconnectivity and to create a master plan for a 16-acre area (the park along with adjacent Martha O'Bryan Center.) The Community Services Campus at Cayce (CSC) is the resulting master plan developed by meeting with user groups representing each of the original Envision Cayce goals, focusing on the specific objectives each group had for community services. The CSC will provide a replacement for the existing park space, replace outdated community service buildings such as the existing United Neighborhoods Health Clinic and Kirkpatrick Community Center, and incorporate new amenities, including a new elementary school (K-5 with future 6-8 grades), library, police office annex, and retail market/cafe.

It became clear during the planning process that finding ways to share spaces between and among various community stakeholders would not only be more efficient, but would maximize available green space. The school was sited adjacent to Martha O'Bryan since the Explore Charter school began with Martha O Bryan and services, such as the gymnasium and kitchen, can be shared between the two entities. The community center with its two story gymnasium will share an entrance lobby and vertical circulation with the police annex and the health clinic, while housing dawn-to-dusk parking underneath. Park space includes both active and passive zones, combining built and open spaces from a picnic park to a playground, surrounded by a 12-foot sidewalk that provides a 1/2 mile walking or jogging path.

The topography of the park, with its grade transitions, creates both scenic opportunities and design challenges, with the need to incorporate elevators for those with mobility constraints. The 40-foot grade change will be used advantageously, allowing for lower overall massing of the community center by tucking parking underneath.

In an effort to meet the objective of creating a distinct identity for the new community, we researched Cayce's history as workforce housing, identifying previous landmarks including The Warner School and Boscobel College, each of which featured a vertical element - a clock or bell tower. Similar elements have been incorporated into the new space plan.

Since collaborating with Kimley Horn to design the CSC master plan, JJCA has been retained by MDHA to provide program management services as the overall "Envision Cayce" plan gets underway. Kirkpatrick Park, the first residential phase, is currently in development and will be followed by the Community Services Campus. Stay tuned for updates as this tremendous community project comes to life.